Sri Lanka: Anatomy of a Crisis and the Path Ahead 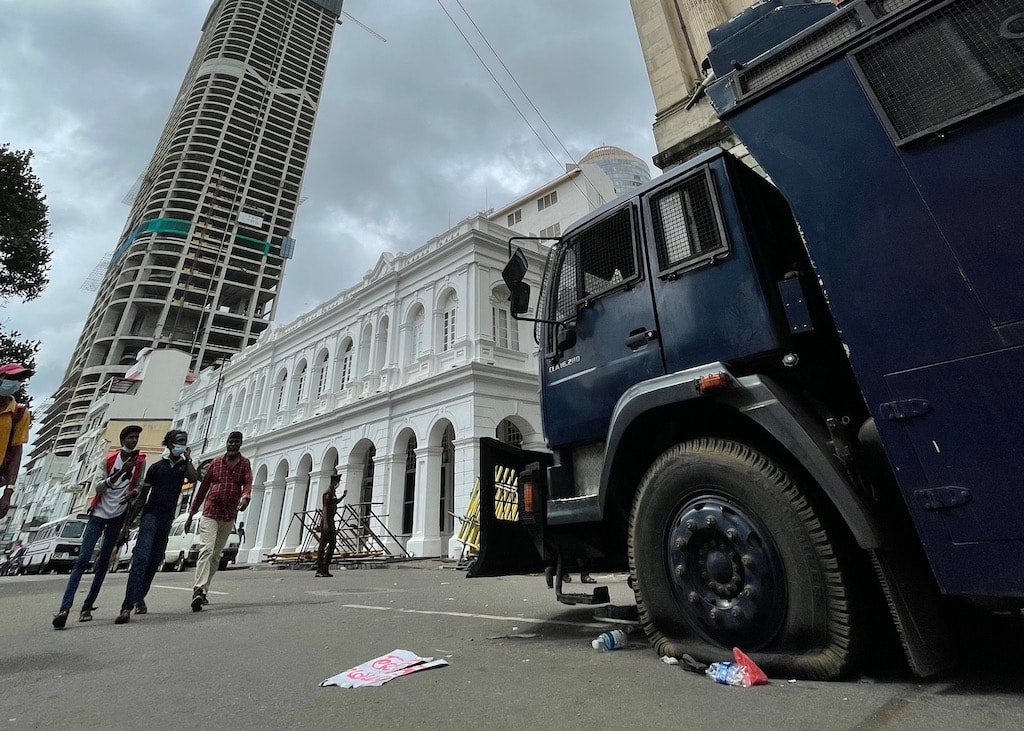 Version 1, will shortly be updated with useful reference links

Even though much of the recent foreign media coverage of Sri Lanka’s economic crisis and external commentary or analysis of it has focussed rather narrowly on the policy missteps in the last two years, the country’s economic problems have been at least a decade in the making. This article serves to provide an international reader with a more useful reference point for the recent origins, evolution, and dimensions of Sri Lanka’s economic crisis, and selected perspectives on the policy issues and path ahead. It is written largely from an economics lens, and would need to be read alongside work by others that focuses more closely on human rights, the environment, and social justice issues.

The debilitating economic collapse Sri Lanka is experiencing today is in no small part due to the flawed economic model followed in the years after the end of the civil war in 2009. As the armed conflict ended, and a victorious President Mahinda Rajapakse aimed to set the economy on a new growth trajectory, the underpinning growth model relied largely on the construction sector. The public sector went into a debt-financed connective infrastructure spree. The private sector invested in real estate and mixed property development and hotel construction.

Public spending on post-war reconstruction, but also on long-neglected connective infrastructure like new roads, bridges, highways, ports and so on, was financed by borrowing from multilateral development banks, bilateral lenders, and international capital markets. Sri Lanka was desperate for capital to finance this infrastructure spending boom, and it was easier to tap major capital exporters at the time like China. The Chinese government and government-linked banks and state-owned enterprises were willing to give large envelopes of money, with little to no conditions attached. China was the only lender able to provide the kind of large financing outlays that the government wanted at the time.

Part of the money Sri Lanka borrowed from China no doubt went into productive projects, for instance the Southern Expressway construction, which has dramatically opened up economic connectivity between the capital and the south of the country. But many parts of those borrowings went into less productive projects. For instance, projects like the Lotus Tower – a telecoms tower in the capital that was constructed with Chinese debt and styled as a ‘lotus bud’, which was the campaign logo of the Rajapakses. The debt is on the books of the Telecommunications Regulatory Commission, has been unused for years and is too expensive to operate. Visible from every part of the city of Colombo, the Lotus Tower has become emblematic of mal investment made with Chinese debt. There were other projects too – the Hambantota Port, the airport nearby, a convention centre, and a cricket stadium – all made in the Rajapakse family’s home district, which have all failed to yield any meaningful returns.

Alongside this, military spending reached historic highs, and allocations to the Ministry of Defence remained consistently the largest among all ministries. Meanwhile, public spending on research and development, education (especially expanding tertiary education and training), healthcare, and energy capacity, were compromised. Consequently, productive parts of the economy – these sectors that would support production, the exports of goods and services, and enhancing economic competitiveness – received less attention. The guiding principle at the time seemed to be ‘build and they will come’.

The essential reforms to improve productivity, efficiency, competition and competitiveness in the economy did not take place. In fact, on trade reform and state-owned enterprise reform, Sri Lanka regressed over the past decade. Trade policy became increasingly inward-looking and protectionist. State-owned enterprises became more politicised (in their hiring of staff, internal operations, and end-user pricing). No meaningful business regulatory reforms took place to make the investor climate more conducive for foreign direct investment (FDI). Trade facilitation – to improve ‘behind the border’ procedures – made tepid progress.

The little FDI that did come, were enticed mainly by generous tax holidays under discretionary regimes (like the Strategic Development Projects Act), and were mostly market-seeking, i.e., were in domestic non-tradable sectors like hotels and leisure, high-end housing, and mixed property development. Investment in export-oriented sectors was few and far between. Not only did progressive reforms not take place, political disruptions affected the country’s international standing. Most notably, the constitutional coup of October 2018, where the then President Maithripala Sirisena, sacked the Prime Minister Ranil Wickramesinghe and installed the defeated former President Mahinda Rajapakse in his place. It was illegal (as the courts determined 2.5 months later) and strained the political climate for running the economy. Sri Lanka had never seen that kind of unconstitutional power grab before, and it spooked investors.

The political fallout that followed then led to a breakdown in governance, which was the backdrop for the deadly Easter Sunday terror bombings a few months later – in April 2019. Investor sentiment deteriorated further and tourism collapsed. The government had to more or less jettison its fiscal consolidation plans, and pull out the fiscal stops to help the economy recover and help its own chances of reelection. Yet, this wasn’t enough to keep the Sirisena-Wickremasinghe government in power and the government changed in November 2019 with the election of Gotabaya Rajapakse.

In December 2019 the new government fulfilled a campaign promise and introduced sweeping tax cuts, despite overwhelming advice to the contrary. This severely damaged an already precarious fiscal position, and ratings agencies promptly downgraded Sri Lanka’s sovereign rating. Sri Lanka was downgraded so much that it was effectively locked out of international capital markets. Any chance of being able to refinance maturing international sovereign bonds was eliminated.

A month or so later, the Covid-19 pandemic struck, cutting off tourism earnings for close to two years, slashed worker remittances, and hurt exports to key western markets. Health expenditure soared. The exchequer had little to no fiscal space to provide any meaningful income support during the pandemic and associated lockdowns.

The government then took a series of bad policy decisions, which further precipitated the decline. It did not pursue an emergency agreement with the IMF to shore up its balance of payments – something many countries did in the context of Covid pressures. Instead, it was foolhardy in pursuing a so-called “home grown solution”.

The government banned a range of imports in a bid to preserve foreign currency reserves – ranging from automobiles and refrigerators, to – most famously – agricultural chemicals. Chemical fertilisers and other inputs like pesticides and weedicides, were banned under the guise of a shift to ‘organic farming’. Despite some reductionist analysis by parts of the right-wing media in the US that this decision was influenced by ‘global ESG lobbies’, the explanation was more simple – it was purely due to faulty domestic policy making. The overnight ban on agrochemical inputs slashed agricultural output, and many farmers (and agriculture-dependent districts around Sri Lanka that rely on farming), went into deep distress. That was perhaps the start of when the general electorate began to resent the government, around mid 2021.

Even as economic conditions steadily worsened through the latter half of 2021 and early 2022, politicians and key officials at the Central Bank and Treasury were adamant about not seeking any IMF support. There was an acute shortage of foreign currency and essential goods, but there was no shortage of hubris and false bravado about ‘having things under control’ and being able to ‘get out of this on our own’. The currency was held artificially low, using coercion on the banking sector. Exporters were forced to convert their foreign currency earnings to local rupees. Importers were given permission selectively, if they could obtain 6 months credit from suppliers.

The economy also did not have any buffers against the spikes in oil, fertiliser, and wheat prices following the Russian invasion of Ukraine. The country’s entire dollar reserves reportedly fell to less than 10 million dollars on the day the Government announced the debt standstill on the 12th of April 2022 – insufficient for even half a shipment of fuel. By then the damage was done: there was no fuel, no cooking gas, a shortage of critical medicines and several categories of food items. And by then the political damage was also done. A wide spectrum of society began protesting around the country, taking to the streets to oppose the government. What started with pockets of farmer protests a year earlier, had crescendoed to massive protests with thousands of people marching to the capital.

Protests and path ahead

After months of public protests that came in waves and was marked by violent flashpoints from time to time, President Gotabaya Rajapakse and his brother Prime Minister Mahinda Rajapakse have resigned. A new President and Prime Minister – Ranil Wickramasinghe and Dinesh Gunawardena (former schoolmates) – have assumed office under extraordinary circumstances. The new regime has little popular legitimacy. Nevertheless, perhaps a mix of protest fatigue and people’s desire for some normalcy in their daily lives, have muted the protest movement. By the time of writing in August, fuel has become more easily accessible, queues for cooking gas have shortened, and the duration of power cuts has reduced. Alongside this, the new President has also overseen the intimidation and arrest of key protest leaders, in an attempt to clamp down on public opposition more broadly.

At the time of writing, Sri Lanka is close to reaching an agreement with the IMF, that sets the stage for several years of austerity measures and policy adjustments. While the focus of recent IMF programmes have typically been revenue-based fiscal consolidation (i.e., raising tax revenue and widening the taxpayer base), this time the focus would need to be much broader if the reforms have any chance of winning broader public support. There is a surge in public consciousness around public money, and any programme that focuses narrowly on taxation alone, is likely to be poorly received. Chiefly, then, there would need to be greater emphasis on the government spending side – stronger public procurement regulations to guard against politicisation of projects, stricter domestic laws about transparency of public contracts, tighter fiscal rules to prevent borrowing from getting out of hand, and better Parliamentary oversight of debt and public finances.

The key near-term risk to the economic recovery and reform pathway is domestic politics. Even amidst the scale and severity of the crisis, there does not seem to be any meaningful political consensus on the policy pathway for sustained growth and competitiveness of the Sri Lankan economy. Domestic political consensus on the core economic reform areas must accompany policy plans under an IMF programme. Otherwise they risk being jostled about by calculating politicians and being jettisoned after the next election cycle. The most crucial reforms must be legislated now, to better anchor them to weather short-term political winds. There is a window of opportunity to enact key changes that have eluded Sri Lanka for too long – tighter fiscal rules, independence of the central bank to reduce fiscal dominance of monetary policy, more robust procurement rules to ensure wasteful and corrupt debt-fuelled projects do not reoccur, and re-set trade policy away from the current inward-looking and uncompetitive stance.

cover image (c) Anushka Wijesinha. Caption: Aftermath of the protests in July 2022 that led to the ouster of President Gotabaya Rajapakse. Pictured here is a Police riot control truck disabled by protestors, around the President’s House in Colombo 1. In the background is a stalled luxury apartment and hotel complex being built with Chinese investment; it was formerly the controversial ‘Krrish Square’ project that implicated members of the Rajapakse family and close associates in a corruption case.