Is Economic Valuation of Biodiversity Necessary for Successful Conservation? 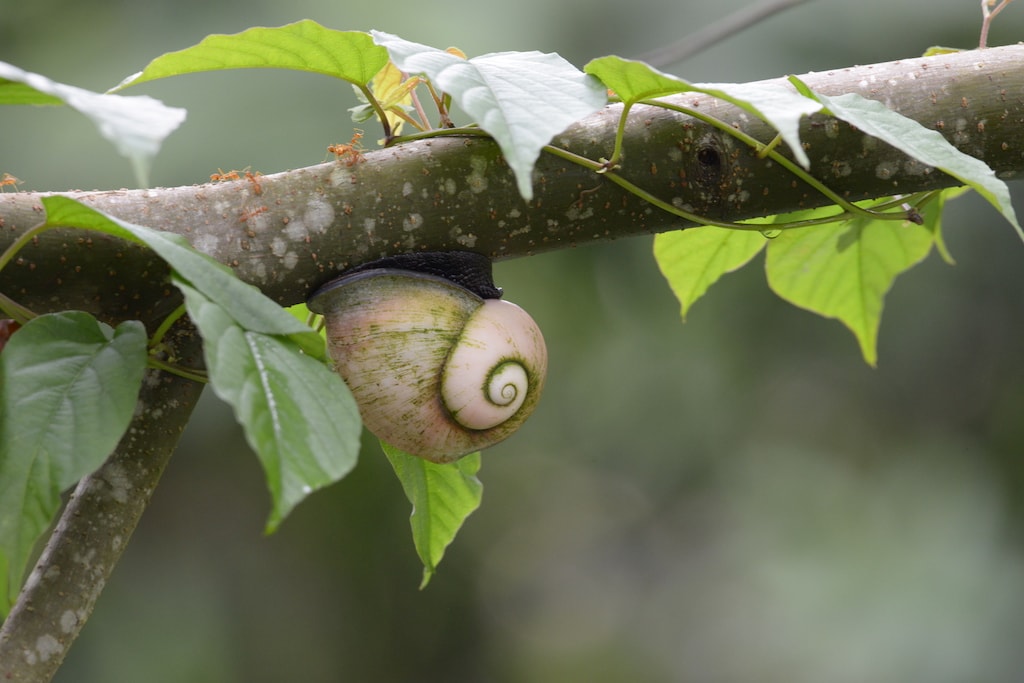 Narratives of biodiversity conservation have evolved over the years based on a range of scientific underpinnings and remain a cornerstone in environmental policy discourse. The ‘nature for people’ framing, which first emerged between 2000 and 2005, emphasised the need for economic valuation of the services provided by nature (Mace, 2014). The Economics of Ecosystems & Biodiversity (TEEB) initiative and The Natural Capital Project are examples of projects that strengthen the utilitarian framing of biodiversity. Deploying tools of free market capitalism allows decision-makers to integrate biodiversity data into policies and encourages investment in natural capital. It can be argued that neoliberal approaches are necessary for successful conservation as they increase biodiversity mainstreaming. However, neoliberal conservation can be criticised as it overlooks the intrinsic value of nature and concepts such biodiversity offsetting and banking may not always be successful due to time lags. Despite their limitations, economic metaphors such as ‘natural capital’ and ‘ecosystem services’ are useful tools in favour of broader conservation policies.

The economic valuation of biodiversity provides actionable data, facilitating the integration of nature-based solutions in decision-making processes. Assigning monetary values to biodiversity increases the credibility of data involved in cost-benefit analyses and discounting. This facilitates direct comparisons between environmental projects and alternative investments(Nunes & van den Bergh, 2001). In his landmark report “Economics of Biodiversity: The Dasgupta Review”, Dasgupta (2021) mentions the need for “credible decision-grade data that businesses and financial institutions can use to integrate nature-related data into their decision-making”. While physical capital per capita has doubled and human capital has increased by 20% since the 1990s, natural capital has decreased by 40% (Dasgupta, 2021). These startling statistics highlight the urgency to incorporate biodiversity data into broader policy frameworks. For instance, increased demand for shrimp, timber and coastal development (physical capital), has led to the decrease of 26% of mangrove systems (natural capital) around the world (Ashton, 2008) and 11 of 70 known mangrove species are at elevated risk of extinction (Polidoro et al., 2010). This is one of many examples that demonstrate the fact that human development revolves around the accumulation of physical capital at the expense of natural capital. Recent efforts to restore and rehabilitate these coastal wetlands have been prompted by the realisation that mangrove forests are valued at US $1.6 billion worldwide (Polidoro et al., 2010). The cost of sea-level rise in Singapore is estimated to be US $74 billion and mangrove rehabilitation is a key adaptive response to overcome this (Ellison, Felson and Friess, 2020). In addition to reaping economic benefits, restoring mangrove ecosystems is beneficial to species such as the mangrove finch (Geospiza heliobates) and mangrove anole (Anolis utilensis), which are critically endangered according to the IUCN Red List (2021). Assigning economic and monetary value to biodiversity reinforces the idea that human made capital cannot substitute natural capital and promotes inclusive wealth.

Economic activities contribute to unprecedented rates of biodiversity loss, which depletes goods and services derived from ecosystems (Pimm et al., 1995). Placing economic values on biodiversity raises awareness of the costs of human activity on nature. The most common method of assigning economic values to biodiversity, contingent evaluation, provides insights into the use and non-use values of biodiversity (Nunes & van den Bergh, 2001), while gauging public awareness levels. Natural capital accounting ensures that biodiversity is ingrained at a fundamental level in the pricing of goods and services. Hence, more destructive products would have a higher price tag which inherently influences consumer behaviour. This economic incentive is beneficial for conservation, as not everyone’s actions are influenced by the intrinsic value of nature. Food systems are the main drivers of biodiversity loss, with agriculture threatening 86% of species at the brink of extinction (Benton et al., 2021). Accounting for biodiversity loss could force consumers to make more sustainable diet choices which could slow down the rate of biodiversity loss. Aichi Target 1 in UNEP’s Strategic Plan for Biodiversity 2011-2020 outlined the importance of awareness of the value of biodiversity; however, this target was not achieved (Secretariat of the Convention on Biological Diversity, 2020). Assigning economic value to biodiversity may subsequently increase disclosure, resulting in increasedawareness. Therefore, it could be argued that Aichi Target 1 could have potentially been achieved if economic values were applied to biodiversity. The ‘Exploring Natural Capital Opportunities, Risks and Exposure’ (ENCORE) project is an example of efforts to reconcile business development and biodiversity conservation by disseminating knowledge.

Additionally, economic valuation of biodiversity contributes to successful conservation as it impacts multiple stakeholders, beyond environmentalists and conservationists. This ensures that biodiversity is included in cost-benefit analyses and is not disregarded as an environmental externality. The Dasgupta Review (2021) highlights the importance of natural capital for decision units at different scales. These include the household sector, private sector and governments. Economic biodiversity indicators can be beneficial when planning and implementing sustainable development projects as well. The Inclusive Wealth Report 2018 demonstrates that the economic valuation of natural capital helps keep track of Sustainable Development Goals (UNEP, 2018). Collective action and collaboration across different entities is inherently more impactful in conservation. Accounting for biodiversity can also enhance the understanding of stakeholder engagements and enable a greater appreciation of social outcomes related to biodiversity. Biodiversity loss is also linked to the loss of livelihoods, which is highlighted through stress migration that takes place in Sub-Saharan Africa (Serdeczny et al., 2017). The economic valuation of biodiversity therefore is advantageous as it provides contextual indicators that can be integrated into community-based natural resource management (CBNRM) projects such as ecotourism, which creates a win-win for conservation and development.

As Dasgupta (2021) mentions in his review, there are many caveats associated with the methods used to value biodiversity. The economic value of biodiversity is based on non-market valuation and ‘willingness to pay’, which can be subjective. This is known as instrumental value. Evaluation methods include travel costs, hedonistic prices and contingent valuation (Chevassus-au-Louis, Salles and Pujol, 2009), which are subject to change over spatial and temporal scales. The majority of participating populations favour charismatic species (Salles, 2011), which could be problematic as it may disregard the need for conservation of some endangered species. The economic value placed on species depends on a range of explanatory variables including the use and non-use value, the survey type, when the study is conducted and the frequency of payments (Richardson and Loomis, 2009). The economic valuation of biodiversity is not reflective of the complete picture and does not account for the changes in ecosystems. For example, the quantitative evaluation of karst terrains in South Sulawesi, Indonesia, looked at the use and non-use values which amounted to a total of a total of Rp 639.5 billion (approximately £315 million), however, the researchers acknowledge the need for more complete and integrated studies (Waluyo et al., 2005). Despite the data being arbitrary, it can be beneficial to decision-makers to some extent.

Another drawback of this approach is that it commodifies nature, thereby encouraging ‘No Net Loss’ (NNL) practices like biodiversity offsetting, which aims to compensate for losses in an ecosystem. This can result in ‘green grabbing’ (Fairhead et al., 2012) resulting in subsequent accumulation of the rich through dispossession of the poor. Furthermore, Niner et al. (2018) argue that NNL is an unachievable goal as it is difficult to replenish losses, for example, in the deep sea. Offsetting losses in an ecosystem by restoring a different ecosystem may not be successful in achieving identical conditions of the targeted ecosystem remains elusive. The recent beaching of a Pacific footballfish on California’s Newport Beach in May 2021, demonstrated the uniqueness of species found in the deep-sea and their functions are often not fully understood which cannot be easily offset. The argument can be applied to terrestrial landscapes too. For example, a unit of biomass in Australia may not be equivalent to a unit of biomass in the Tundra. Biodiversity offsetting fails to capture the nuances of biodiversity change including variation in spatial scales, species diversity, genetic diversity, abundance, and functional diversity. Furthermore, it is complex to ensure permanence of offsets and monitor long-term impact to ensure they’re successful.

In essence, the debate on whether biodiversity should be economically valued remains highly polarized and a more nuanced contextual approach is required. This method is essential for successful conservation as it calls for integration of biodiversity-related data in policy making and decisions. However, there are barriers to operationalizing this and economic metaphors such as ‘natural capital’ and ‘ecosystem services’ are yet to enter mainstream economic and political decision-making. Although the approach needs to be developed further, it is on a promising step towards striking a balance between environmental, social and economic objectives.

Arpana Giritharan is currently based in London and works for an environmental policy think tank. She has an interdisciplinary academic background in social sciences with experience in environmental science-policy research and analysis. Arpana is interested in climate action, understanding routes to sustainability, and public policy. Views expressed in this article are strictly the authors personal views and do not reflect those of any organization she works in.