The Smart Future Forum features insights and thought leadership from our network of policy professionals and development practitioners on topics relating to CSF’s thematic areas. Here you will find articles, reports, essays, op-eds, interviews, and more. 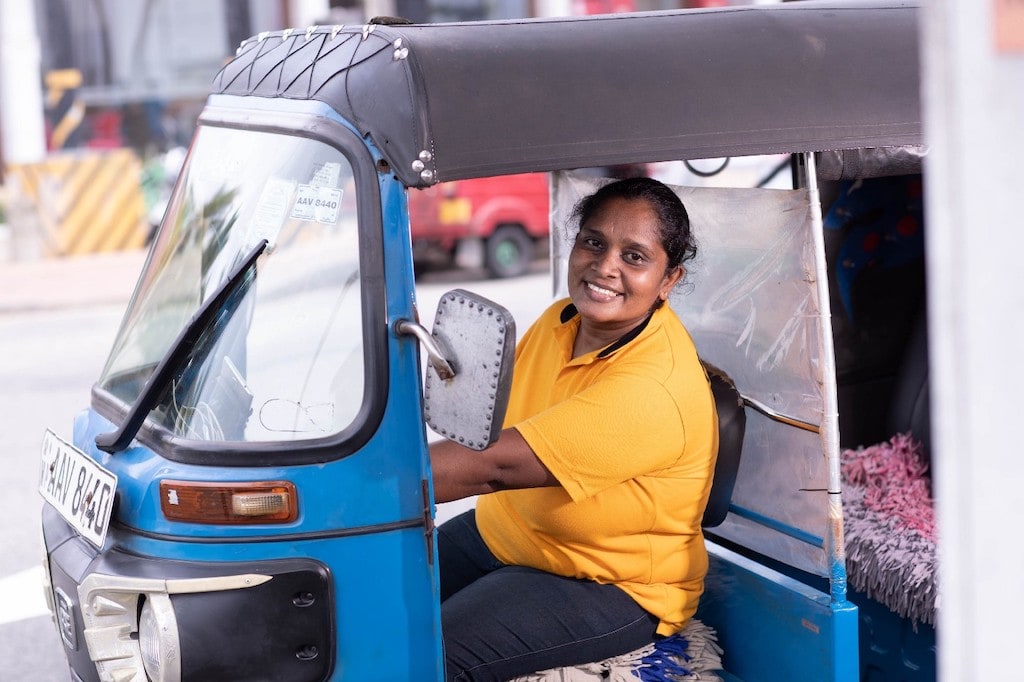 Is Gig Work in Sri Lanka Enabling Female Participation in the Workforce?

While gender was not the primary focus of our gig worker survey, it was interesting to find that relatively less women were engaged in gig economy activity (i.e., similar to what is seen in the traditional workforce) despite the relative flexibility of gig work, equal pay opportunities (in most cases) and low barriers to entry. In this context, platform companies have a role to play in facilitating the participation of more women in their workforce. If gig work is to attract more female participation in the future, platforms and other stakeholders in the gig economy must address issues specifically affecting women, and also initiate discourse on broader structural and cultural changes, including on the perception that women are the only primary caregivers or home-makers, especially in developing countries like Sri Lanka. 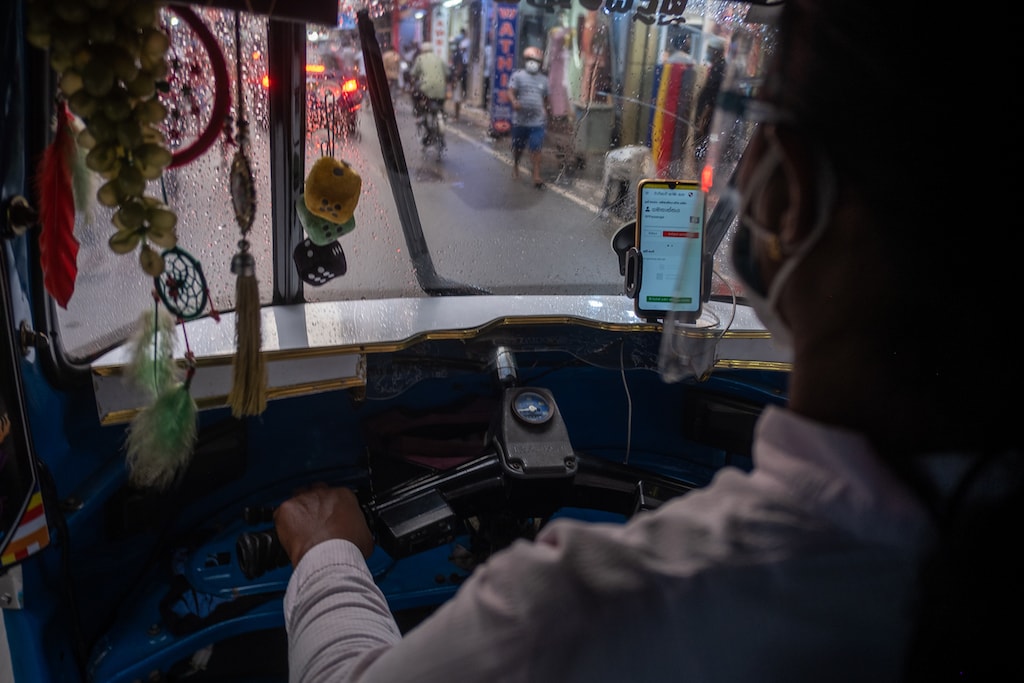 Is Gig Work Really Part-time in Sri Lanka?: Findings from a Survey

A recent study of gig economy activity in Sri Lanka has emerged, suggesting that although gig work is generally perceived as being part-time work, in reality, gig workers actually work full-time. Despite the reputation gig work as attracted as being largely part-time work used to supplement existing income, the survey of drivers and riders in ride-hailing/ride-sharing and delivery platforms in Sri Lanka, has revealed that many workers actually work on the platform full-time. Yet, platform companies typically do not recognise such workers as ‘employees’ of the platform company and resulting low worker protection. The pandemic and economic crisis has affected these full-time workers to the extent that many were often left idle, with little to no hires and orders during the height of the pandemic and the crisis, despite engaging with the platform full-time. 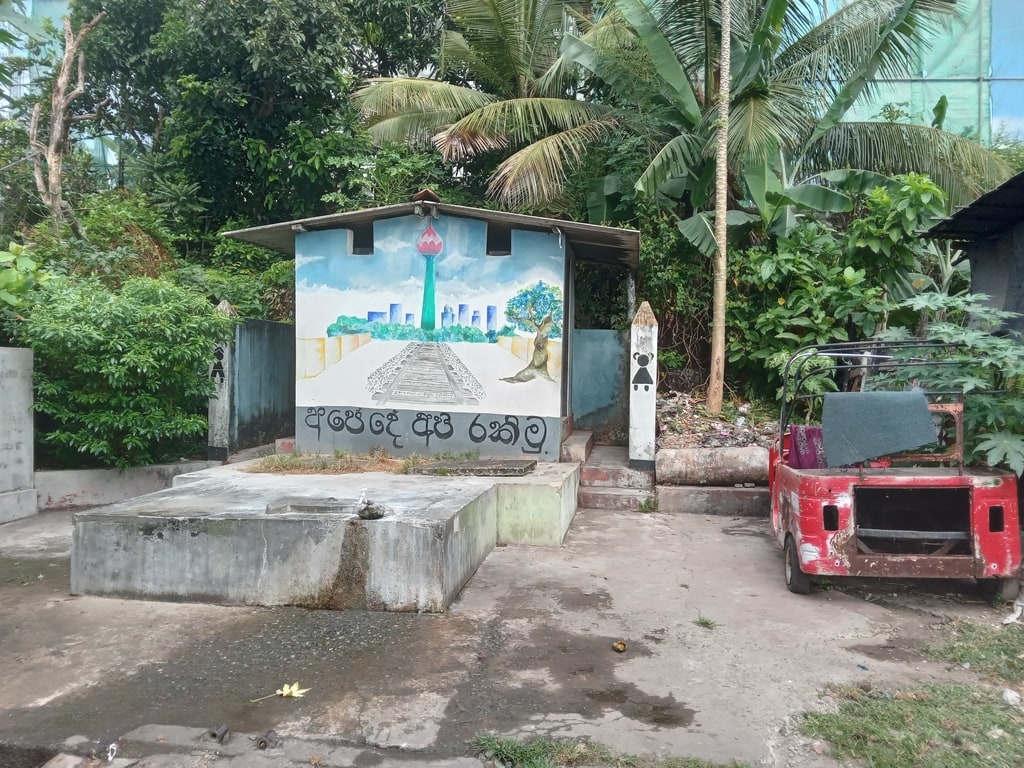 Chasing Efficiency While Leaving the Vulnerable to Their Own Devices

Interventions to support people and communities who lack access to infrastructure need to consider solutions that stem from the question “what do their (collective or individual) capacities allow” rather than “what should they do”. When comparing the urban environment within high-rise apartments and tenement gardens such as Seevalipura, it is apparent that the urban environment people live in and their relationships with structures of power such as state institutions also have a bearing on their capacities to access infrastructure. Therefore, solving issues related to people’s capacities to access infrastructure requires a more grounded approach which is sensitive to understanding the variety of contexts in which people live, and not only counting and accounting revenue generated, costs incurred, and average monthly incomes. 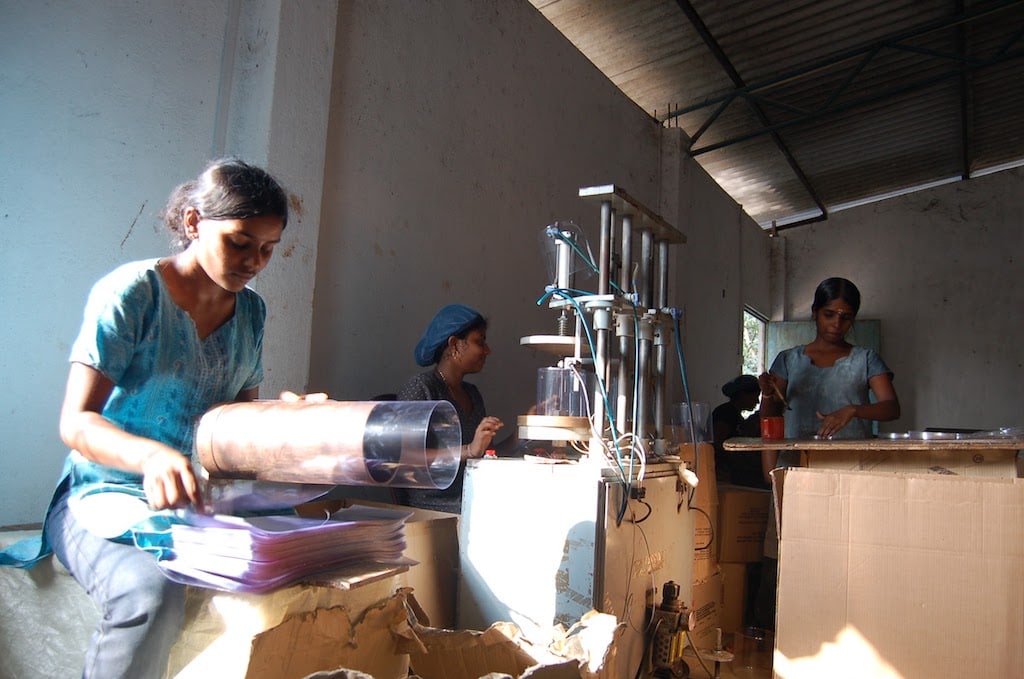 The need of the hour is not generic SME development/support initiatives, but rather to quickly foster more export-ready or near export-ready firms, from among the SMEs in the country. Amidst the current forex crisis, boosting the cohort of exporting firms and expanding export-earning potential is a top priority. For this, there needs to be a closer link between GoSL institutions/programmes supporting export development and those supporting SME development. For a start, the Government should advise the consolidation of NEDA, IDB and EDB’s Regional Development Division. These entities should become a single agency, that is smaller, sharper, and with a clear and unambiguous mandate. That mandate must be to improve SME competitiveness towards creating more export-ready and near export-ready firms. 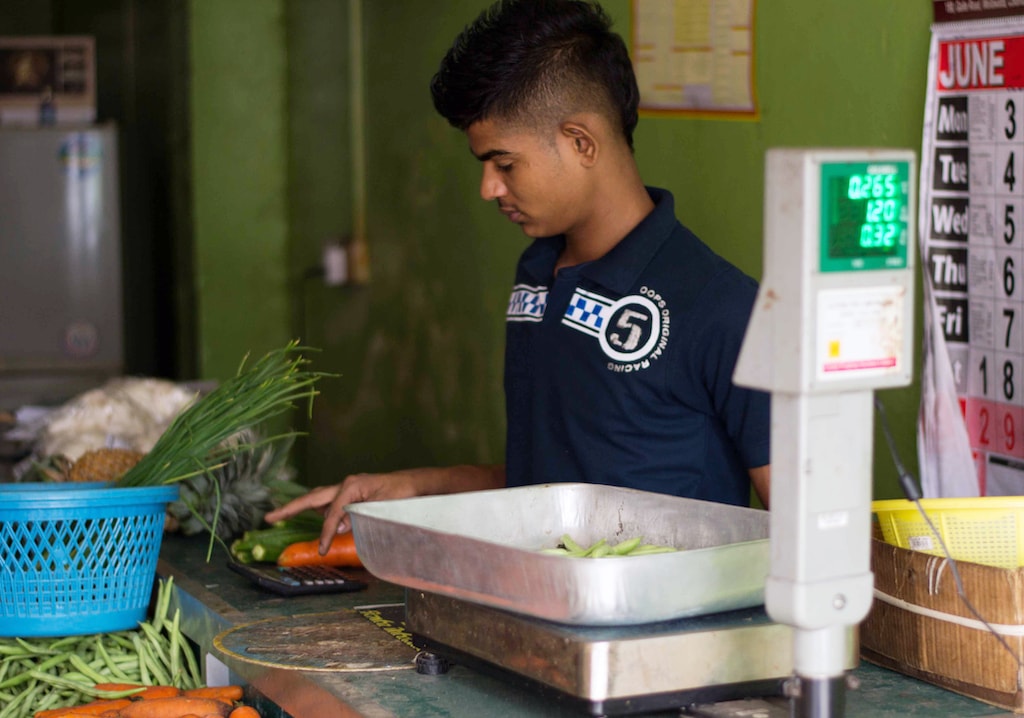 The Centre for a Smart Future is collaborating with the International Inequalities Institute (III) at the London School of Economics and Political Science (LSE) on a new project that explores how small and informal entrepreneurs access and use business advice to improve their incomes. CSF is a partner on the project ‘Ethnographic Solutions to Inequalities in South Asian Advicescapes’ which seeks to understand the channels of entrepreneurial advice to youth in Sri Lanka and Bangladesh. The project maps networks of advice for business development in comparative focus, and aims to generate new practical insights. It is funded by the Atlantic Fellows for Social and Economic Equity Programme at the LSE. The project is a collaboration with BRAC in Bangladesh and the Centre for a Smart Future in Sri Lanka. CSF researchers supported the project through identifying existing advicescapes for informal sector entrepreneurs and small businesses in Sri Lanka (mainly in the Western Province) and conducted research to develop an understanding of the current state of play among different types/groups of entrepreneurs. Nimaya Dahanayake, Research Assistant who contributed to the project from CSF observed that, “Our field work so far, has focused on understanding existing channels of business advice for entrepreneurs and small business owners in Urban Colombo and has revealed interesting insights on the nature of their business activities and reasons for reliance on such channels of advice for business decisions”. Anushka Wijesinha, Co-Founder/Director of CSF said, “We are very happy to partner with the Dr Luke Heslop and the Atlantic Fellows for Social and Economic Equity Programme at the International Inequalities Institute (III) at the LSE on this project, and particularly keen to support the uptake of the findings. CSF is always interested in solutions-oriented research, and so we hope this work will help inform key stakeholders in the business and entrepreneur advisory landscape in Sri Lanka, to get better at the services they provide, and become more considerate, meaningful and impactful”. 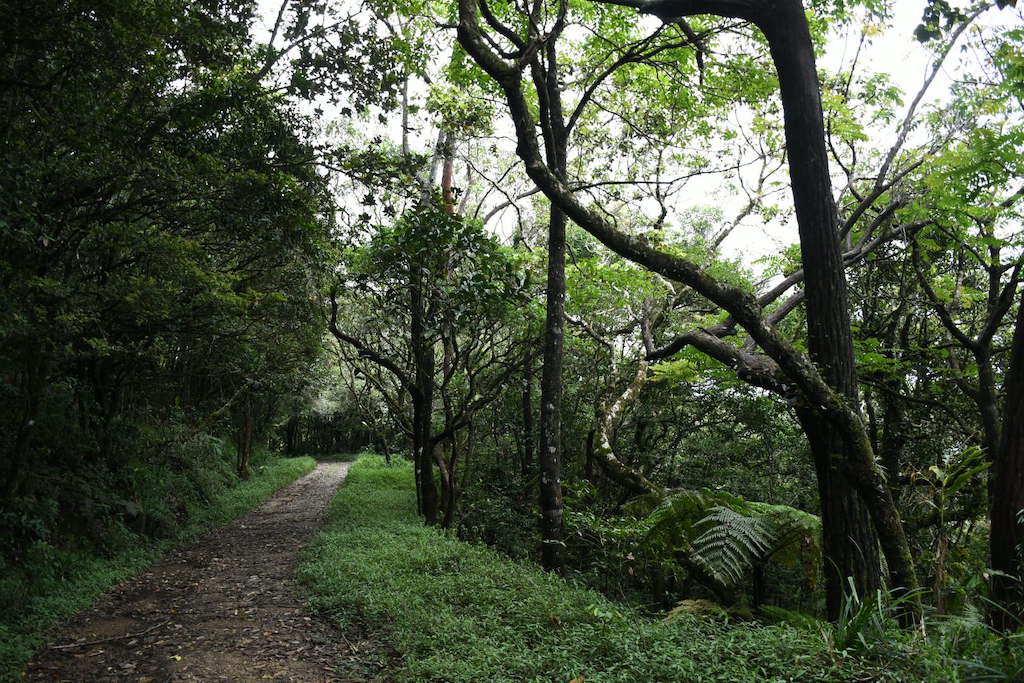 A few weeks ago, I saw Greta Thunberg live at the launch of the The Climate Book and something that stuck with me, amongst others, was when she said “we are never going back to normal again because 'normal' was already a crisis.” The idea of GDP as a sole measure of how ‘successful’ a nation is, is one such example of a deep-rooted idea that is considered ‘normal’ which has led to growth at the expense of natural resources and human well-being. Moving beyond GDP and focusing on the idea of ‘green growth’ could unlock a host of new opportunities such as job creation, restoration of natural capital, and increased climate adaptation. Policymakers and politicians should explore alternatives of GDP as Sri Lanka forges forward from the biggest economic crisis in its independent history by placing value in what society really envisions as a good life

LSE Event on ‘Looking Ahead in Sri Lanka’: Four Priorities for the Near-term

CSF Co-founder Anushka Wijesinha was recently invited by the London School of Economics South Asia Centre to speak at a forum on 'Looking Ahead in Sri Lanka', alongside four eminent panelists. This article recaps the key points made in the opening intervention at this event. Wijesinha pointed to four key priorities for the near-term: 1) Looking beyond the macro, to real lives; 2) Looking beyond taxation in fixing the fiscal mess; 3) Looking to build public confidence and trust; 4) Looking at quick wins in trade and exports 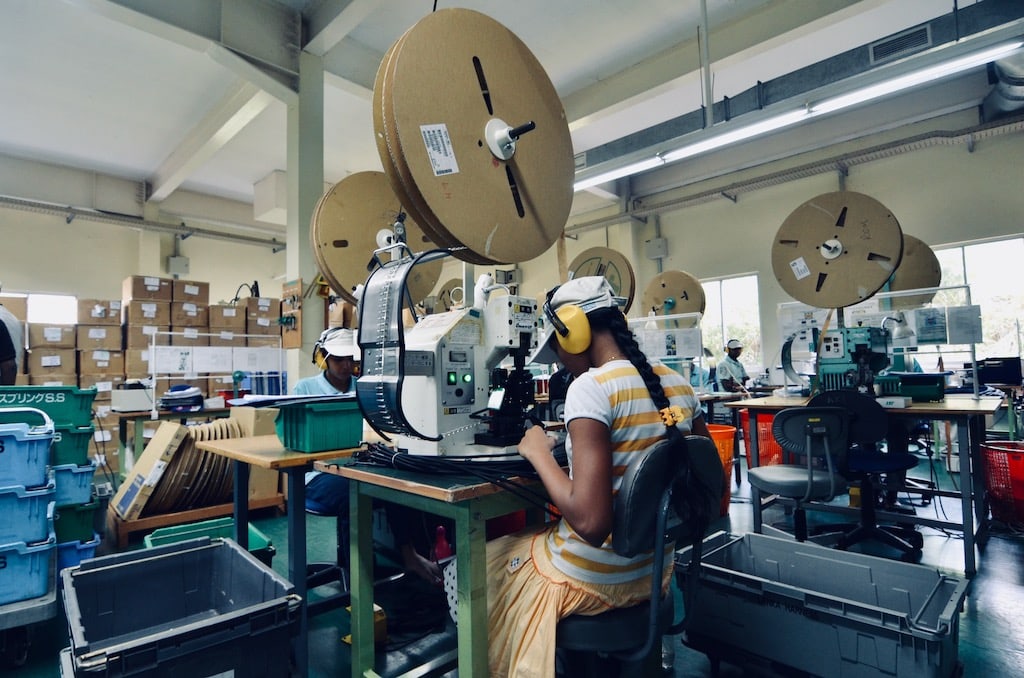 How Can Sri Lanka Improve Gender Considerations in its Trade Agreements? 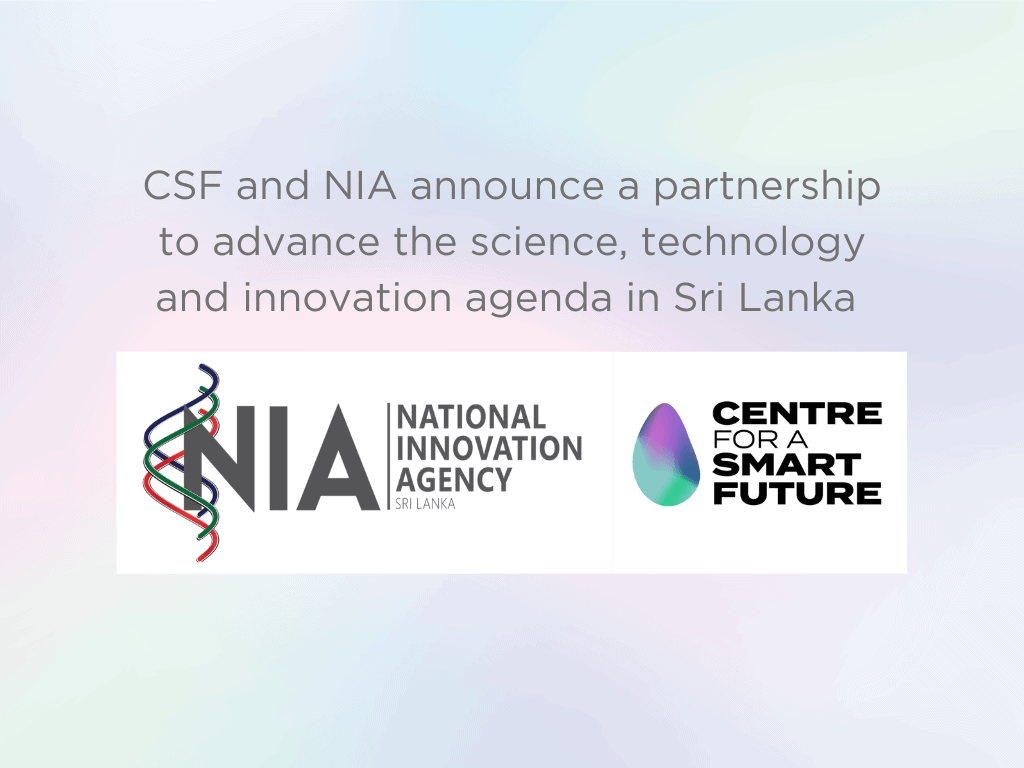 Our strategic partnership with the National Innovation Agency

CSF is pleased to announce a strategic partnership with the National Innovation Agency Sri Lanka, to advance ideas and solutions to strengthen the science, technology and innovation agenda in the country. CSF signed an MoU with NIA in September 2022 to leverage our joint expertise and local and global networks, to bring new knowledge, analysis, and policy initiatives. Both CSF and NIA believe that innovation must be inclusive, sustainable, and it is central to Sri Lanka's economic transformation, beyond recovery from the current crisis.

Tags: Technology and Innovation in Development 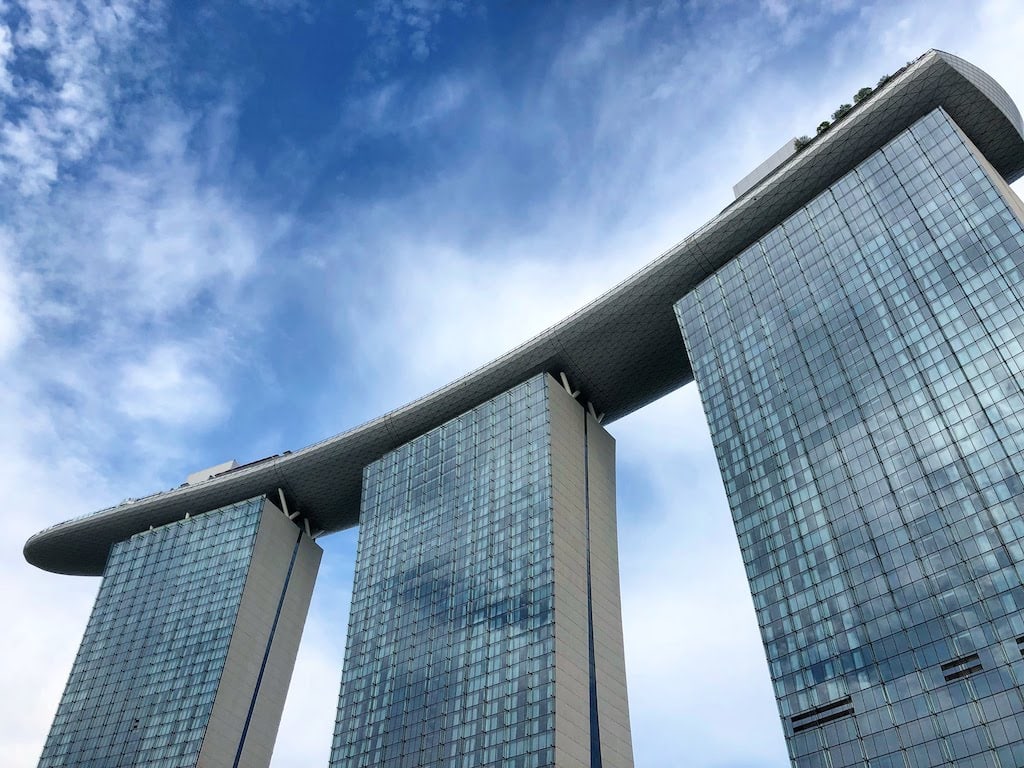 In May 2022, the Sri Lanka – Singapore Free Trade Agreement (SLSFTA) marked four years since coming into force - an FTA that was a landmark one for Sri Lanka in many respects. It was the country’s first bilateral free trade agreement (FTA) in over a decade, the first FTA with an ASEAN country, and the first ‘comprehensive FTA’ in the country’s history, which meant that it went beyond goods, to include services, investment, and economic and technology cooperation. This Working Paper reviews bilateral trade performance, explains some of the key domestic economic policy contexts during and after the FTA was signed, discusses some of the key issues that emerged, and takes an initial look at prospects. Research for the paper was drawn not only from published grey material but also from extensive primary interviews with key informants. Insights shared in this paper would be of particular relevance now, following the bilateral meeting between the Sri Lankan President and the Singaporean Prime Minister (on the sidelines of the former's visit to Japan), during which the two leaders recommitted to benefiting from the SLSFTA and advancing its implementation. This Working Paper is produced under the 'Trade and Economic Competitiveness' thematic pillar of CSF, and is co-authored by Anushka Wijesinha (Co-founder, CSF) and Janaka Wijayasiri (Visiting Fellow, CSF).