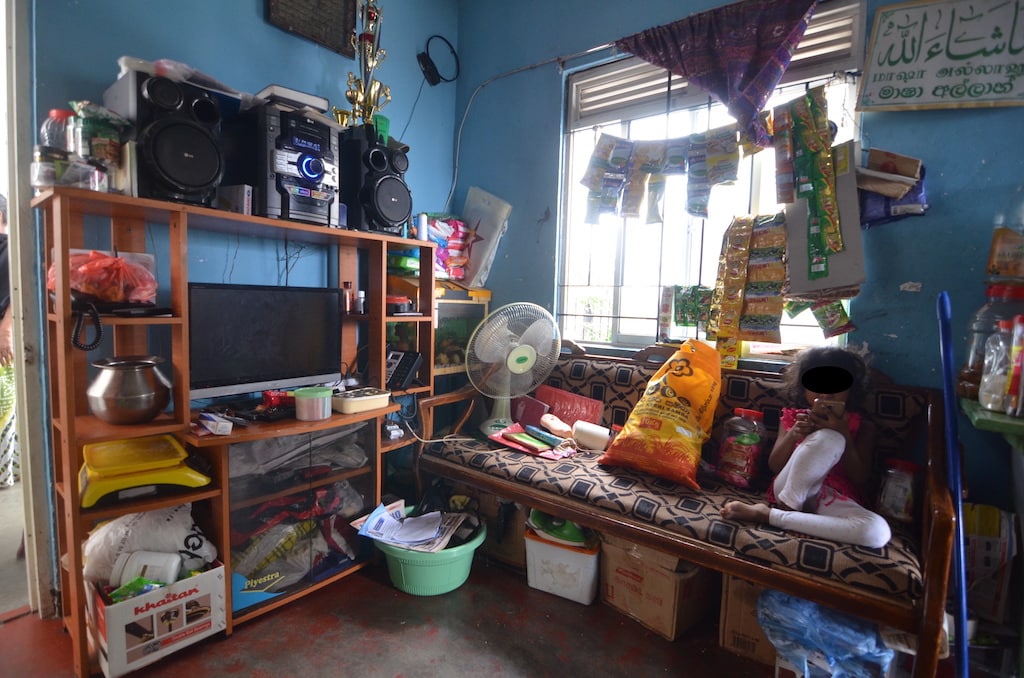 In Part One of this article, we considered the proposed electricity tariff revision from the perspective of the urban poor in Colombo, arguing that the revisions failed to account for ground realities faced by domestic consumers, both in terms of understanding the financial pressures of the economic crisis as well as how electricity usage has changed in response. In light of the approved tariff increase that averages at 75% in all categories, we take a closer look at low-consumer tariffs, and offer recommendations that uphold principles of energy justice

Need for transparency and public awareness around tariff revisions

While PUCSL insists that low-consumers enjoy a subsidised rate, PUCSL Chairman Janaka Ratnayake also stated that they were “looking at how we can generate some revenue from high income earners to subsidise the low income earners”. If a new mechanism to aid low-income households is proposed, it is vital that its details are communicated to consumers. Furthermore, PUCSL must demonstrate how the current subsidy scheme will benefit low-income earners in all consumer categories, recognizing that low-income earners are not a homogenous group.

In keeping with the distributive principles of energy justice, we argue for a rigorous socio-economic modelling of the impacts of tariff hikes on domestic consumers. Tariff changes should be informed by an in-depth understanding of how different customer types/groups consume energy, rather than just blanket raises. This speaks to the importance of recognising the interests of consumers, and their inclusion in decision making processes, as forms of energy justice. Thus, public consultations featuring a diverse cross-section of households should include direct input from households and communities. It is also imperative that the gendered nature of energy use is recognised.

While PUCSL has relied on the media to communicate tariff raises to the public, what that means for a monthly bill may be lost in the sea of figures, rates, unit costs, fixed costs and tariff brackets. A news update that leads with ‘75% increase in electricity tariff’ does not help households truly understand what the change will mean to their monthly bill. We recommend that tariff revisions should be accompanied by public awareness campaigns that break-down revisions and are supplemented with information that the public needs to make decisions about energy use.

Pitfalls of using electricity consumption as a proxy for vulnerability

With the approval of the PUCSL, the CEB has raised electricity tariffs for the first time in nine years. Those who consume under 30 units a month will see the greatest increase in rates of 264%, while those who consume between 30-60 units face a 211% increase. Fixed monthly charges have increased for all domestic tariff brackets and those who consume over 180 units will see their fixed charges jump from Rs.540 to Rs.1500.

While low-consumers face the highest increases, PUCSL insists that they receive a subsidised rate.  Even an earlier iteration of the tariff revision presented a ‘SafetyNet’ mechanism supposedly for low-income groups aimed at those who consume under 60 units per month. This hinges on a problematic assumption made by the PUCSL – the conflation of low-income with low levels of consumption.  This has the effect of placing all low-income earners into this category of electricity consumption, which does not necessarily align with the real experiences of these households.

The logic of electricity consumption as a proxy for vulnerability also informs a proposal by Verite Research Sri Lanka Economic Policy Group (SLEPG), to use electricity consumption to determine eligibility for welfare. The recommended threshold of 60kwh a month would reach 50% of the population, expanding those eligible for welfare well beyond the limited scope of Samurdhi. However, it fails to account for the electricity consumption patterns of the urban poor, particularly in the context of the economic crisis. The SLEPG brief is based on Household Income and Expenditure Survey data from 2016, and it identifies those with a monthly expenditure of Rs.565.30 or less as consuming 60kWh or less of electricity.

In 2013, one study found that the average electricity bill for low-income urban communities was 956 rupees or 8% of total expenditure. Nine years later, it is a given that this figure is much higher for urban households. During fieldwork conducted in two low-income communities in Colombo in the last eight months, we observed that households’ electricity consumption invariably exceeded 60kWh, with the lowest bill averaging at Rs.800. Even a household consisting of a mother and an adult daughter reported consuming 86 units resulting in a bill of Rs.1255.10, while a family of five racked up a bill of Rs.5008.50< or 201 units.  These households received at least one cash transfer of Rs.5000 as a part of the government’s COVID-19 relief scheme, despite none of them being Samurdhi recipients. It is uncertain why such households should be excluded from a welfare scheme, particularly when the SLEPG brief acknowledges that social protection should be widened to include “a significant segment of the “middle class” that has been disproportionately affected by the pandemic as well as the current economic crisis.

The assumption that electricity use can communicate information about a distinct family unit is problematic. The cost of installing a new metered connection is Rs.20,000, which when coupled with the burden and costs of bureaucracy and obtaining documentation, is a significant barrier to getting a separate meter. Often multiple households share an electricity connection, particularly when grown children have received a divided property. In such instances, limiting consumption is impossible, and installing another electricity meter is burdensome and expensive.

Using electricity consumption as criteria for welfare access, also lays the groundwork for moralising about the lifestyles of the working-class poor and policing what is considered to be ‘wasteful or unproductive’ usage. Welfare should not be contingent on a household’s frugality, particularly when an economic crisis has completely transformed electricity use. As highlighted in our previous article, COVID-19 lockdowns and the economic crisis have seen significant shifts in electricity consumption in urban poor households – with more reliance on electrical appliances for cooking, more household members being home and so on.

If there is an insistence on allocating subsidies on the basis of low consumption, then it is necessary to investigate what levels of electricity consumption can guarantee an acceptable standard of living. One significant recommendation calls for a policy declaration on what constitutes basic electricity requirements in the household for example lighting, fan, refrigerator, iron etc and an accompanying technical and social survey to establish how much electricity is required to satisfy this basic entitlement.

Citizens who rely on this essential public service are being asked to shoulder the brunt of the CEB’s burgeoning operational costs without receiving any meaningful commitment to efficiency, transparency and accountability in exchange. Despite burdens that would be imposed by the hike, there is no evidence of accompanying structural reforms to the CEB’s operations in response to the current crisis. Indeed, the proposed tariff increases are even more galling for citizens when one considers that the CEB is failing to comply with key requirements of the Sri Lanka Electricity Act 2009. This includes a lack of independent auditing to gauge the true efficiency of the CEB, a lack of financial separation between CEB-owned licensees, and a failure to establish a “Bulk Supply Transactions Account” to better administer subsidy requirements e.g. for low-income users. These were “key conditions” for a previous tariff revision approved by PUCSL in 2013 and remain unaddressed to date. Therefore, there are critical questions of justice that may be raised about the precedent that PUCSL could set by conditionally approving a tariff revision yet again, and whether they have the means to hold the CEB to account.

Finally, tariff revisions cannot be viewed in isolation. Cost-reflective tariffs aligned with IMF recommendations have included a call for “energy pricing reforms to reduce fiscal risks from loss making public enterprises”. Tariffs can sway public opinion about reforming the CEB but also about the future of public enterprises. Privatisation has been touted as the cure for ‘under-performing’ enterprises such as the CEB, but even proponents of electricity privatisation acknowledge that it fails in contexts of recession and weak governance. Justifications of cost-reflective tariffs rely on the same logic that assumes public institutions must be profitable, rather than guarantee essential services for people. At this crucial juncture, it is vital to recognise that electricity is a public good. Treating it as such has ensured that almost 99% of citizens in Sri Lanka have access to electricity and the quality of life it provides.

In June 2022, the Public Utilities Commission of Sri Lanka invited submissions for a Stakeholder Consultation on the proposed electricity tariff for 2022. The submission made by Colombo Urban Lab can be accessed here.

Meghal Perera is a Researcher at Colombo Urban Lab

Shanil Samarakoon is Postdoctoral Researcher at the University of New South Wales, Australia