Debt or Disconnection: CEB’s Tariff Hikes and the Urban Poor 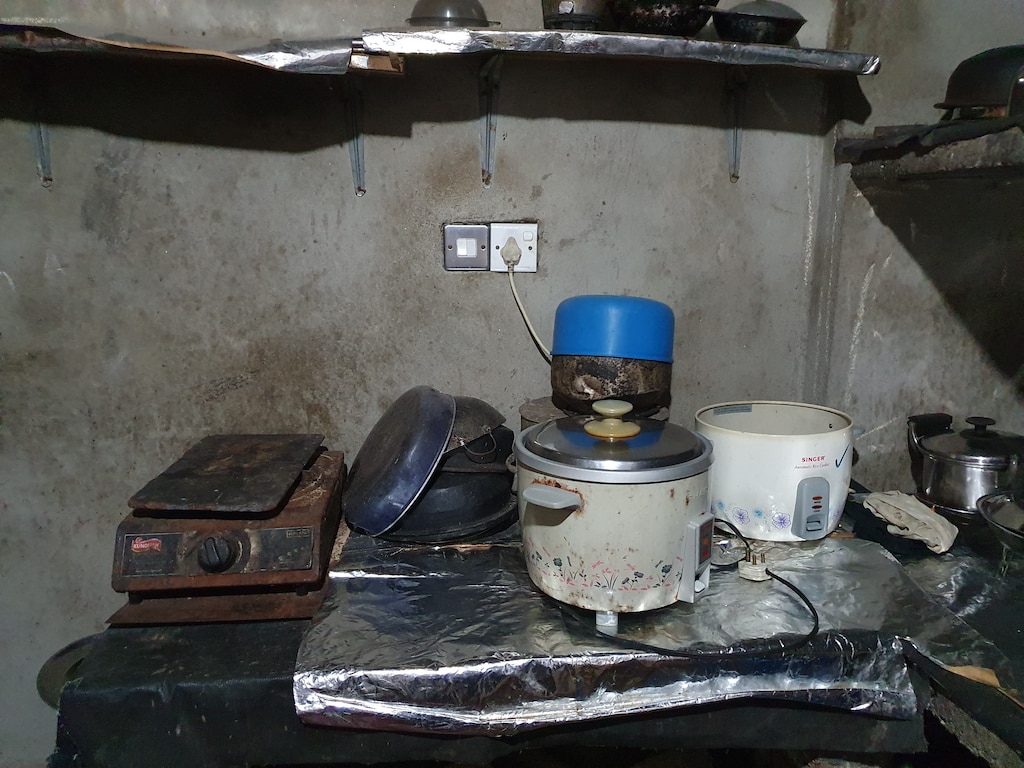 Sometime in November 2021, Swarna stopped using her gas cylinder for cooking. Anxiety over exploding gas cylinders prompted the shift, but with gas queues lengthening and prices rising, she bought a second electric rice cooker to feed her family of four. Her husband’s salary remitted from the Middle East used to be sufficient, but now she is struggling with the rising cost of living.

From her accumulated electricity bill arrears of Rs. 90,000 during Covid-19 lockdowns, she managed to pay off half the amount, but the switch to electricity for cooking has sent her bills spiralling again. She often takes loans to purchase food, while using her husband’s salary to pay utility bills and interest. Recently, she unplugged her fridge to minimise her energy consumption (1).

The Ceylon Electricity Board (CEB) in July sought an increase in tariffs from the Public Utilities Commission of Sri Lanka (PUCSL) (2), proposing a regressive scheme of tariffs that will see the lowest consumers burdened with the highest increases in rates. The rationale for this revision is that the CEB (excluding LECO costs) requires an 82.4% increase in revenue to meet their forecasted costs for 2022.

The proposed raise is likely to increase energy poverty among a population that is already burdened by inflation with a Consumer Price Index (CPI) that is nearly at 60%. Domestic consumers who use fewer than 30 units of electricity per month will have their bills increase by 835% to Rs. 507.65 from the current Rs. 54.27 (3). Overall, it has been identified that 50% of domestic electricity consumers in Sri Lanka (4) – 3.14 million households who use fewer than 60 units a month – will face the greatest increase in electricity bills due to the proposed increase in tariffs.

We argue that the proposed tariff revision is unjust for several reasons, with a focus on the impact on urban poor households in Colombo – it fails to account for the ground realities faced by domestic consumers, is insensitive to the financial pressures exerted on households by the economic crisis, and lacks recognition of how electricity usage was reconfigured due to the crisis.

Urban households spend a greater proportion of their monthly expenditure on non-food items (5), including electricity bills. They tend to have higher electricity bills and more electrical appliances (6). Discussions about tariff hikes need to account for differences within urban populations, including the diverse experiences and heterogeneous nature of low-income communities in Colombo. While these communities are designated as ‘Underserved Settlements’ (USS) (7) by the Urban Development Authority (UDA), the term erases a rich history of community mobilisation towards infrastructure development and upgrading (8), including electrification. A majority access electricity through metered connections, with some studies suggesting the figure is as high as 85% (9).

Electricity is essential for wellbeing and social mobility in urban contexts; high temperatures necessitate fans and livelihoods require mobile phones, fridges, washing machines, rice cookers, and blenders, which save time and labour in households where incomes are uncertain and fluctuating. It is difficult to generalise when calculating how much a household spends on electricity. During our research this year with urban poor households in Colombo, we found that electricity bills ranged from Rs. 800 to as high as Rs. 17,000 per month.

The prevailing economic crisis is reshaping the use of electricity in households in important ways. For several months, securing an LPG cylinder became a time-consuming, unpredictable, and expensive endeavour, prompting many households to abandon their use altogether. Electricity became an important source of energy for cooking among urban households, particularly the urban poor, whose houses often lack the space and ventilation needed for wood stoves. For example, during the past eight months of researching infrastructure and food security in Colombo, we worked with Kamala (name changed), whose family of five lives in a UDA-run highrise in Wanathamulla. In March, they switched to cooking predominantly on the rice cooker, which led to their monthly electricity bill increasing from Rs. 1,400 to Rs. 3,000. Kamala and her mother now cook only once a day. Under the proposed tariff hikes, their bill will increase by roughly 70-80%, leading to a monthly bill of approximately Rs. 5,100-5,400.

While other respondents reported that switching to wood stoves after electric rice cookers raised their bill, to those residing in UDA-run highrise flats, wood stoves will pose a serious fire hazard. In May, a fire broke out at a 10th floor apartment of the Sahaspura Housing Complex (10), due to the use of a wood stove. Spiralling electricity costs may make incidents like this more common, as residences gamble on affordable cooking fuel.

The tariff hike is also blind to the cumulative effects of Covid-19 lockdowns on low-income communities as well as how the disruption of livelihoods has reshaped access to electricity.  When daily wage earners in low-income communities were unable to work during lockdowns, coping strategies for the most part were directed at securing food. There were also more people at home during the day every day and new activities like online schooling meant an overall increase in electricity usage.

While the Government approved a six-month grace period for domestic consumers in isolated areas in January 2021, electricity arrears were not forgiven (11). Low-income households have accumulated massive arrears in electricity bills, some even as high as Rs. 70,000.  To avoid disconnection after the grace period ended, households diverted funds from other expenses or in some instances took out loans to pay off a portion of the arrears. Any significant increase in tariffs is likely to result in more families being trapped in a cycle of debt and arrears, with the threat of disconnection looming over their heads every month. Families pawned jewellery and sold off assets like scooters or three-wheelers, televisions, etc. in order to have a cash injection at various points just to pay off at least minimum amounts across various utility bills and other expenses like tuition fees and purchasing mobile data for online schools or health-related expenses like monthly medicines.

Each apartment has its individual water metre next to its front door, therefore it is possible to cut off the connection easily in each flat. Over the years this was an effective way of making people pay, irrespective of which bill payment they had fallen behind on. Residents report having their water connection cut off over non-payment of electricity bills or monthly apartment payments, even though these are all separate services, but water disconnection is where people are hit the hardest and instantaneously.

It’s important to note that a host of strategies and cost-cutting measures have already been employed by low-income households seeking to navigate skyrocketing food inflation. The burden of implementing these measures usually falls on women, who must juggle the complex and varied needs of their families with an income that at best is stable, but more often shrinking. Energy-saving efforts have also already taken a toll on nutrition, with households cooking fewer curries or cooking fewer times a day to save energy. Fridges are unplugged because families want to save on electricity costs and clothes are washed by hand instead.

Women who already perform the majority of housework will bear the brunt of this planned price increase. The gendered impacts of energy poverty will constrain a generation of women and girls, stripping them of time and inhibiting their access to education and the workforce. In a deteriorating economy that places a massive and disproportionate burden on the urban poor, these tariff hikes represent an additional cost that will increase energy poverty and even threaten access to the grid. The tariff hikes are insensitive to the changing consumption patterns of electricity among residents in urban areas, as well as to the significant debt that many households have already fallen into.

Beyond the tariff hikes, any policy recommendations regarding support to families during this crisis period must be mindful of these diverse consumption patterns. For example, a recent policy recommendation that suggested household electricity use of 60 kWh or less of electricity (or monthly expenditure of Rs. 565.30 according to the report) as a determinant for eligibility for welfare (12) may see high rates of exclusion of those most in need of support and deepening divisions between communities (13). It further makes the case for a universal approach rather than targeted support, given the inability to capture the household diversity through a single determinant like electricity usage.

Meghal Perera is a Researcher at Colombo Urban Lab