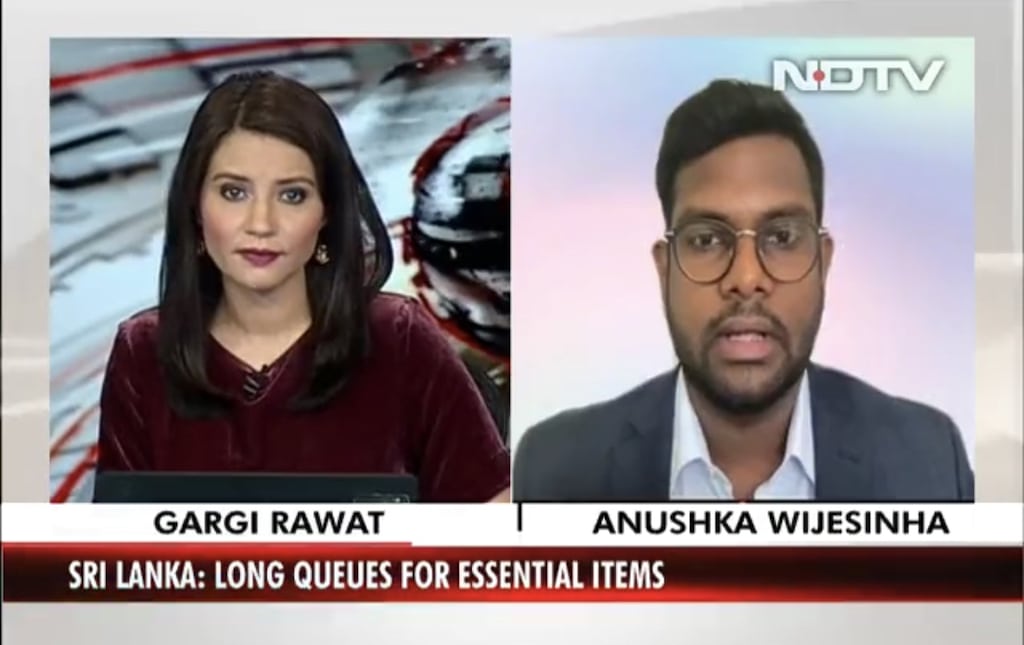 CSF Co-Founder Anushka Wijesinha was interviewed by Gargi Rawat of NDTV (India) to explain to an Indian audience the current economic crisis in Sri Lanka and what prospects in the near-term. He emphasised that while the Indian credit line recently signed would provide some temporary respite to the ongoing shortage of fuel and may see queues ease up in the short-term, it is far from a sustainable solution. The President’s overtures to the IMF, on seeking a bailout are welcome, but the too would take time, he argued. He recalled some key policy errors that led to some of the acute challenges being faced right now – the poorly designed and implemented ban on agro-chemical inputs and the dramatic tax policy changes after the December 2019 Presidential Elections. Watch the full interview on the CSF Youtube Channel https://youtu.be/mbAhXYuyaFM (original video copyright NDTV, shared with permission)