SMARTER SUSTAINABILITY:
Shift to Organic Agriculture Must be Staged and Strategic – Agri Expert 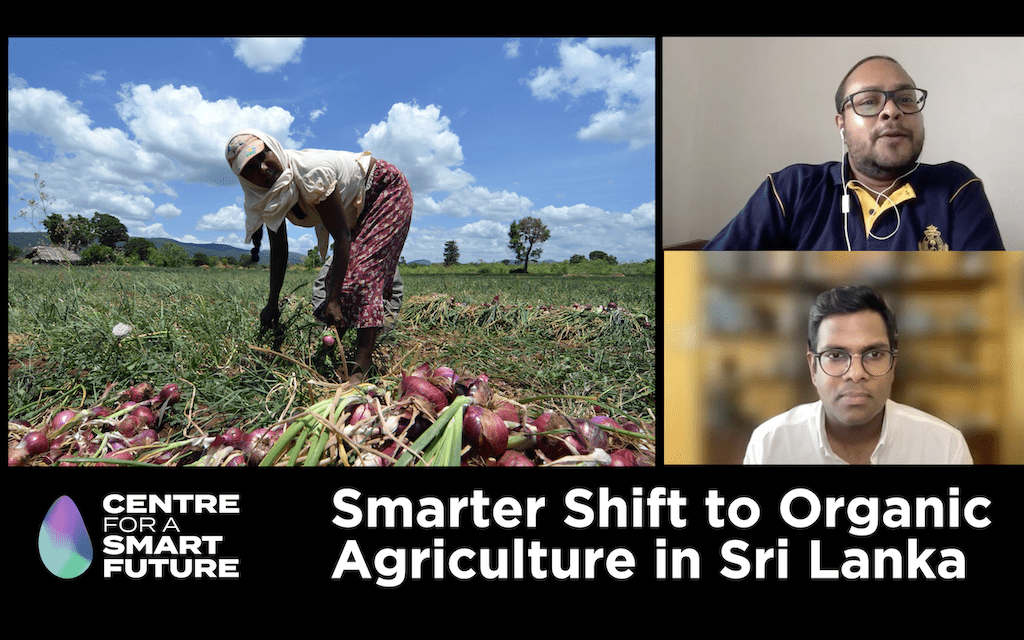 Sri Lanka’s President announced a policy directive of moving to 100% organic farming this year, and an immediate ban on importing any chemical fertilisers and agro-chemicals. Since the announcement, there has been a fervent debate on the decision, ranging from fears around food security and impacts on exports, to a celebration of the potential to create a unique value proposition for the country. In this interview in the ‘Smarter Sustainability’ series on the Smart Future Forum, Founder/CEO of the Centre for a Smart Future speaks with Chatura Rodrigo, an agriculture economist, on how to manage the transition better, implications for farmers, and gaps in the policymaking process. Chatura is an agriculture economist and has been a researcher in the agriculture field for more than 15 years. He has worked for the United Nations, IPS and Lirneasia, and a consultant to WB, ADBI, EU, IFAD, ITC, UsAid, AusAid, and USDA. He works closely with the producers, processors and exports of agricultural commodities. Sustainable agriculture, including organic farming is his passion. He is product of University of Peradeniya and University of Guelph Canada. He recently wrote an op-ed in the newspapers on ‘five things to consider’ in going organic in Sri Lanka.